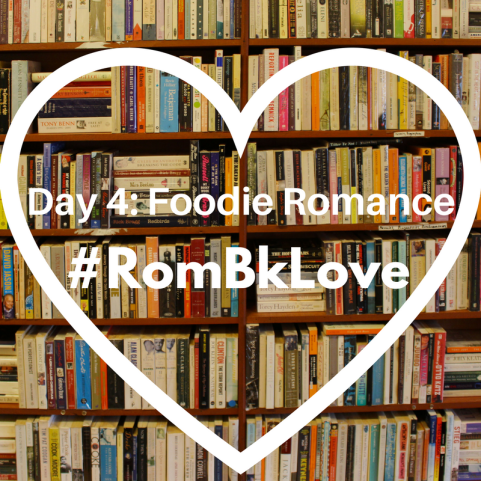 For #RomBkLove today, it’s all about foodie romances!

What are your favorite foodie romances?

Which authors write books that make you hungry?

What are you looking for in foodie romance?

Foodie romance is one of my most favorite things. Especially when I am looking for a comfort read. Give me food descriptions that make my mouth water, the politics of the restaurant kitchen, the details of exactly how to make pastry cream…yes please. I’m going to talk about some of my personal faves (which definitely lean toward contemporary romance), but one of the things I do is keep a long TBR for foodie romances because they are one of the best things I have found for a hard day. So there are always more to read! For an abundance of recs, I suggest this delectable list by the brilliant Sil at Book Voyagers. (And of course, the #RomBkLove hashtag today!) 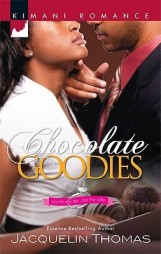 One of the coziest places to find great food descriptions is in holiday romances. What’s Valentines Day without chocolate? Coco designs high end chocolate in the Valentine’s Day themed romance Chocolate Goodies (m/f) by Jacquelin Thomas. A Little Familiar (m/genderfluid) by R Cooper has so many lovely cooking moments, as the characters prepare for Samhain. In Rebekah Weatherspoon’s Wrapped (m/f), a newly divorced baker gets together with an old co-worker who loves her baking, and they celebrate Christmas in the most gloriously cheesy ways. And Kim Fielding’s A Great Miracle Happened There (m/m) has a really lovely Chanukah feast. 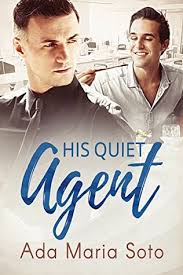 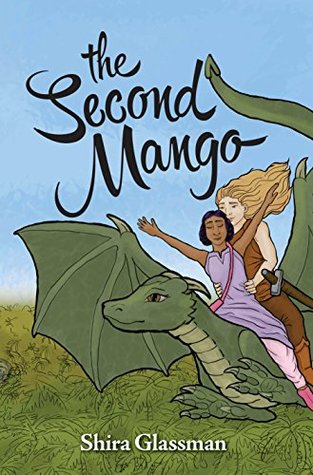 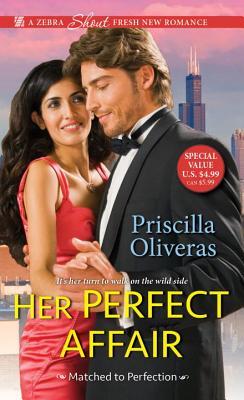 I love romances where a character makes food as a way to take care of their love interest. It’s one of the swooniest things I can think of. One of my favorite aspects of Ada Maria Soto’s His Quiet Agent (m/m) is that Arthur recognizes that Martin has very particular food restrictions, and experiments with making food that he might like, just bringing it along every day and offering it during lunch, with no pressure. It felt both respectful and attentive while honoring his autonomy, and as an autistic reader with some similar food restrictions, I really appreciated it. I love the way Christopher, the hero of Roan Parrish’s Small Change (m/f), makes Ginger sandwiches as a way to woo her. Also there is a birthday cereal moment that made me all verklempt. While fried onions are the most prominent food item in Kris Ripper’s The Real Life Build (m/m), it’s the peanut butter and jelly sandwich that I remember as one of the most romantic moments in the book, because of the care and attention to detail that went into it. The chef in Shira Glassman’s secondary world fantasy romance The Second Mango (f/f) is the perfect match for the queen, who has food allergies, and treasures someone who believes they are real and crafts meals that she can actually eat, with tremendous care. The hero in Priscilla Oliveras’ Her Perfect Affair (m/f) shopping for and learning how to cook the things she needs for her illness, under the strict instruction of her godmother, is unforgettable, even without the enormous selection of olives. 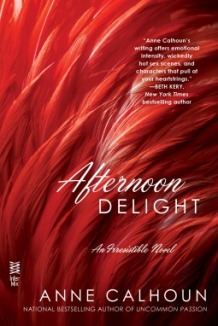 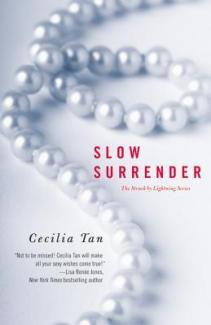 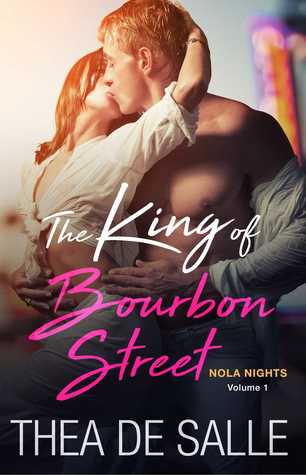 On the sexier end of things, one of my big struggles with some foodie romance is when they involve the food in sex. As the food truck chef heroine in Anne Calhoun’s Afternoon Delight (m/f) says, “the list of foodstuffs that shouldn’t be introduced to a woman’s private parts is actually quite long.” That romance manages to intertwine sexy banter, eroticism, and the sensual enjoyment of eating and preparing food, without actually combining food and sex. I also deeply enjoyed the moment of making lemon meringue pie as an act of dominance in Alexis Hall’s For Real (m/m). The moment when Toby tells him his job is to suffer for him (as Toby makes the pie) is supremely delicious. In the realm of sex while eating (that doesn’t directly involve the food), Slow Surrender (m/f) by Cecilia Tan has a very memorable scene in a restaurant involving D/s and insertables, while Cinnamon Blade: Knife in Shining Armor (f/f) by Shira Glassman has a sex scene taking place under the table of a crowded restaurant (spoiler, highlight to see: at least until the vampires arrive and the superhero heroine has to focus on saving the day). I enjoyed the presentation of a sex toy under a fancy bell at the dinner table in Thea de Salle’s The King of Bourbon Street (m/f). It was playful, funny, suited the characters, and added a lovely aspect to the building D/s between the MCs.

I love getting into the minds of characters who use cooking as a way of processing emotion or thinking through problems. These stories often have gloriously detailed food preparation scenes, and those are one of my most favorite things to get in a foodie romance. My go-to comfort re-read when everything is on fire is Nora Roberts’ Savor the Moment (m/f), which has a wedding pastry chef heroine. I find it so comforting to see her think through things as she designs cakes, respond to being upset by shopping for cooking tools, make pastry cream step by step as she’s supporting a friend. In Her Wildest Dreams (m/f) by Farrah Rochon has a chocolate designer hero, and you get to see him think through a problem as he designs a new chocolate flavor. I loved that the heroine of Piper J. Drake’s romantic suspense story Hidden Impact (m/f) cooks as a way to manage her fear and anxiety over her sister’s kidnapping, and as a way to support the team she hopes will get her sister back.

Food can also be a rich source of conflict. I love the way so much of the story arc in Whip, Stir, and Serve (m/demi-girl) by Caitlyn Frost and Henry Drake is driven by the impossibility of making cinnamon buns. In Heartbeat Braves (m/f) by Pamela Sanderson the MCs are constantly making, serving, and fighting over food; I adore how hard-earned and food-infused their romance is. A Taste of Heaven (m/f) by Penny Watson is about two older folks–one an experienced chef, one an amateur, teamed up for a cooking reality show competition. They battle their way through so many food-based arguments, sparks flying, and it’s hugely satisfying when they finally start working together, and admit their attraction.

I love it when food and cooking is part of a shared experience that brings the MCs together. We see the MCs in R Cooper’s For Better or Worse (m/m) build connection through cooking together; this ongoing shared experience is the foundation of the demisexual MCs attraction to his best friend who secretly has a crush on him. I loved the intense presence of the cheese in Courtney Milan’s historical romance In Pursuit Of… (m/m) in the anthology Hamilton’s Battalion, and the way the shared experience of it was part of the romance arc. And who can forget that scene in Melissa Blue’s Under His Kilt (m/f) where she cooks for him, as he watches, and they both know that this is going to change everything but are desperately ignoring that fact? 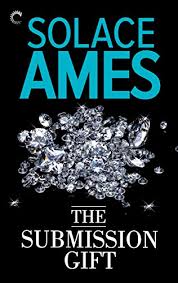 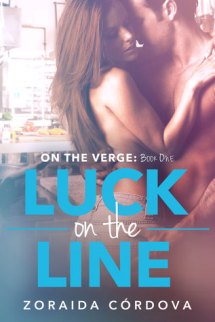 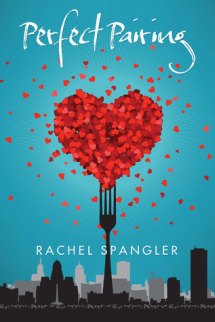 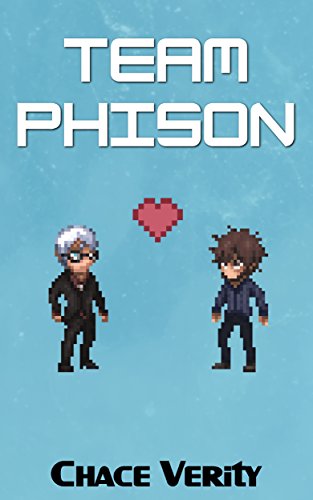 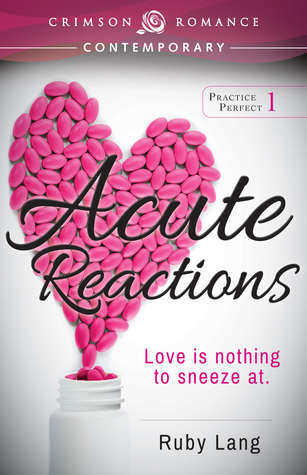 Or perhaps you want an MC who runs a restaurant! Luck on the Line (m/f) by Zoraida Córdova has the best of both worlds in NA romance form: our heroine who is helping her mom launch a new restaurant squares off against the restaurant’s rather tempermental chef. I’m in the middle of reading Perfect Pairing (f/f) by Rachel Spangler and really enjoying the banter, the glorious food descriptions, and the exploration of food truck vs restaurant. If you want a queer May/December romance between a restaurant owner and a waiter, I have two recs with rather different feels! Idlewild (m/genderqueer) by Jude Sierra (m/genderqueer) is a slow burn rather angsty story and Team Phison (m/m) by Chace Verity (m/m) is geeky and funny. Acute Reactions (m/f) by Ruby Lang has a hero who runs a restaurant, paired with an allergy doctor heroine I deeply adored. 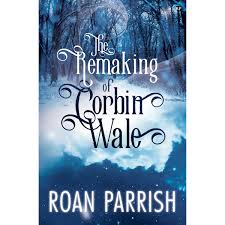 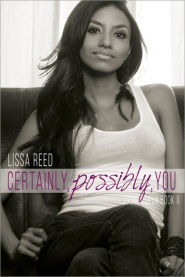 If you are leaning more towards baked goods, perhaps The Remaking of Corbin Wale (m/m) by Roan Parrish will meet the need with its magical baking. Lissa Reed offers a cake decorator heroine falling for a dancer heroine in Certainly, Possibly, You (f/f), and they have so much lovely chemistry! Or maybe you are more interested in what it’s like behind the scenes of a bakery run by friends, and the hilarity of everything going so very wrong? The Awkward Path to Getting Lucky (m/f) by Summer Heacock may hit the spot. 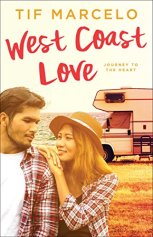 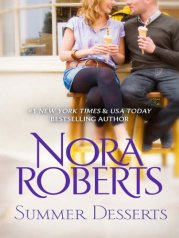 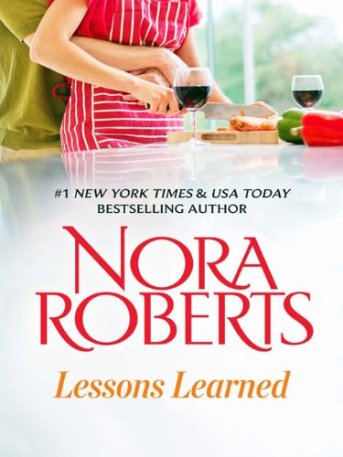 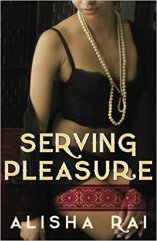 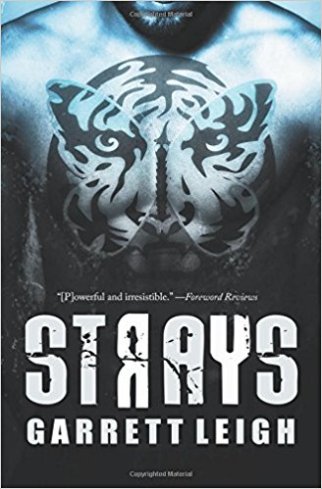